Who’s Your Daddy, or Mommy?

Even non-golfers recognize the name St. Andrews – the place, not the person. St. Andrews is a beautiful and historical city in Fife, Scotland. I have been blessed to visit this beautiful university city. Situated on public ground sits the holy grail of golf courses, St. Andrews, The Old Course. This site is given the moniker of the birthplace of golf and dates back at least to the early to mid-1400s. We know this to be the case because James II of Scotland banned the game in 1457 because he was convinced young men were giving too much time to this idle distraction rather than practicing archery (how medieval). The ban was lifted in 1502 when James IV himself decided the weight of leadership deserved the sweet swing of a hickory club (how enlightened).

I had a Bishop once who was convinced the lower the handicap of one of his pastoral shepherds the poorer the preacher. Hmmm…

Anyway, back to St. Andrews and the game of golf. The most historical and prestigious golf tournament every year is The Open. Not the British Open (vis a vis, The U.S. Open, or The Australian Open) just, The Open. It was the first major championship, and every year the golfing world pays rapt attention as to who will hoist the Claret Jug. With few exceptions it is played among a rota of courses in Scotland. It was in 1873 that The Links of St. Andrews first hosted The Open.

Tom Kidd. Yep, look it up. A golf professional from Wales, a Welshman, Tom Kidd. That’s me, woo-hoo!! It’s like I’m related to nobility! Well… not directly anyway. We know my father was of Welsh heritage but that’s about as close as we can get. Dad was a tobacco sharecropper’s son. These were dirt poor people, and we have not had a great deal of luck tracing back the family lineage beyond a couple of generations. At least for conversation’s sake, I get to playfully claim an Open winner as a relative. Really now, how many Tom Kidds could there possibly be anyway? (BTW, in the early age of golf there was little that was considered glorious about being a golf professional. They were principally known for fashioning clubs and making primitive golf balls.)

Read the first chapter of Matthew lately? Literally 42 generations of “who begat who” covering somewhere between 1,600 and 2,000 years. Quite a family genealogy. Most of us do not find Matthew 1:1-17 a particularly uplifting devotional read. Some names we recognize, most we don’t. (I believe one of them, Zadok, is a comic book character. Diﬀerent Zadok than the Biblical Zadok.)

For the sake of conversation, let’s say you and I have a very peculiar 2,000-year-old family story. Ours is the story of God who was quite willing to work through our family which includes some very humbly flawed, if not outright disgusting, people. From stories of seduction, murder, self-serving political plots, to child sacrifice. We also have a few of the God-loving, faithful servants in our family story as well. There’s lots more, but you get the idea. Amidst those who humbly sought a righteous life of nobility and faithful acts are generations of faithless power mongering and sinful acts. So it goes with Matthew’s genealogy. What’s the constant through it all? The good and the bad? God. God will not be denied. God’s Word endures. That’s always our hope and strength, isn’t it?

Isaiah 55:11-12: “… so is my word that goes out from my mouth: It will not return to me empty, but will accomplish what I desire and achieve the purpose for which I sent it.”

Jesus is the living Word and “… we will go out in joy and be led forth in peace.”

The world and the church are changing. Pandemic aside, the drama of change can be highly anxiety-inducing. Not every generation “begets” the best of God’s call or the noblest of behavior. Yet, God made a commitment to us in Jesus and ultimately it is Jesus we trust. The story continues because it is God’s will to bless us and God will not be denied.

John 14:3: “And if I go and prepare a place for you, I will come again and will take you to myself, so that where I am, there you may be also.”

Notwithstanding a Welsh golfer with the same name, I do not have anyone famous in my family story. Except Jesus. That’s good by me.

Stay well and be safe, hope to see you soon,
Pastor Tom 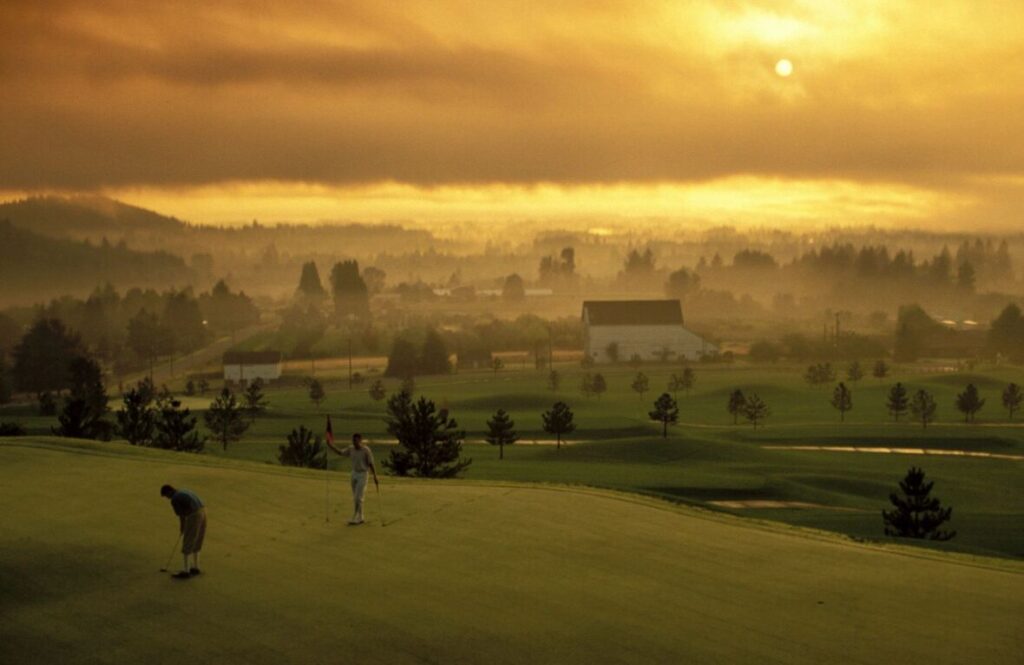