Who Do You Want to Be?

Well, we survived the great snowstorm of 2021! It sure was a big win for families with small children. Everyone put on the boots, hats and gloves. Families went sledding or built a snowman as they enjoyed this rare Northwest treat. It made for a memorable Valentines’ Day weekend. For others it was one more lock-down in a lock-down year.

The roads were treacherous on Saturday and Sunday. Driving in the snow does not bother me really; I grew up with lots of snow in Northern Illinois, and I went to seminary in Minnesota. So, I came to work on Saturday, waded into my office, got a shovel out, and took care of the entrance to the church, just in case someone showed up. No one did.

When it was time to go home, I navigated the parking lot and headed out onto Highway 525. Driving south out of Freeland, by the Heritage/Whidbey Island bank, a car safely pulled out in front of me. The car began to slide on the ice beneath the snow. I slowed down giving him plenty of space. Then in my rearview mirror I see a large pick-up truck. That driver wanted me to pull over so he could go by. Given the fact that the car in front of me was in some peril, and the pull-out lane was obscured by the snow, I held my ground and kept going. A moment later the irate truck driver sped past me sending me a message with his middle finger.

When I arrived home, I realized that I had left my phone at church; of course I did. I loaded back up and headed out. Trying to get back to the highway up a steep McDonald Drive I began to slip, my wheels were spinning, it was clear that I was not going to make it up the hill. The only move was backward. That is, until I slid up against an unsuspecting mailbox. Now I was stuck, could not go forward, could not go back, mailbox wedged against the van.

A woman in her 80’s came running down the hill on the ice with kitty litter; I secured a shovel and some wood to place under the tire. Forty minutes later, I was free. My next move was to alert the homeowner that I had hit her mailbox. She looked out on the falling snow, and her sad mailbox, and said, “Don’t worry about it, what goes around comes around. These things happen. Don’t give it a second thought.” It was a grace moment.

My question for you on this Ash Wednesday is simple. In your life who do you want to be? Do you want to be the angel with the kitty litter, the homeowner who pays it forward, or the pick-up truck driver who flips off the pastor for driving too slow? 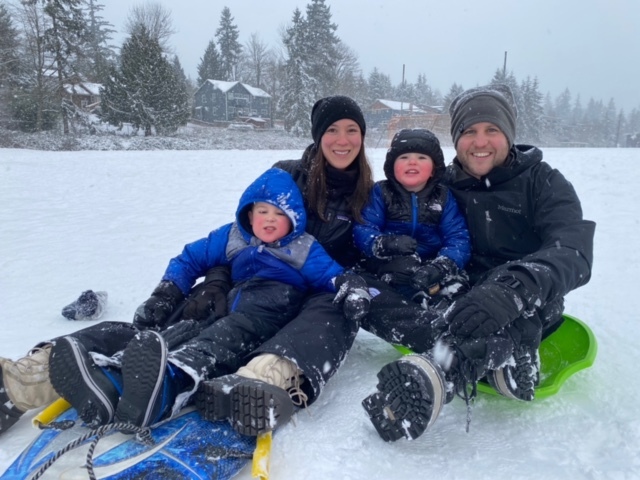