Honoring Those Who Served the Cause of Freedom

On a sunshine-drenched fall day one year ago, Felicia and I walked silently through the American Cemetery above the beaches of Normandy.

The rows of white crosses stretched toward the heavens above, supported by the meticulously manicured green grass below. Each cross told the mostly forgotten stories of lost fathers and sons. The carnage of June 1944 led to the liberation of France and the defeat of the Axis powers in Europe. 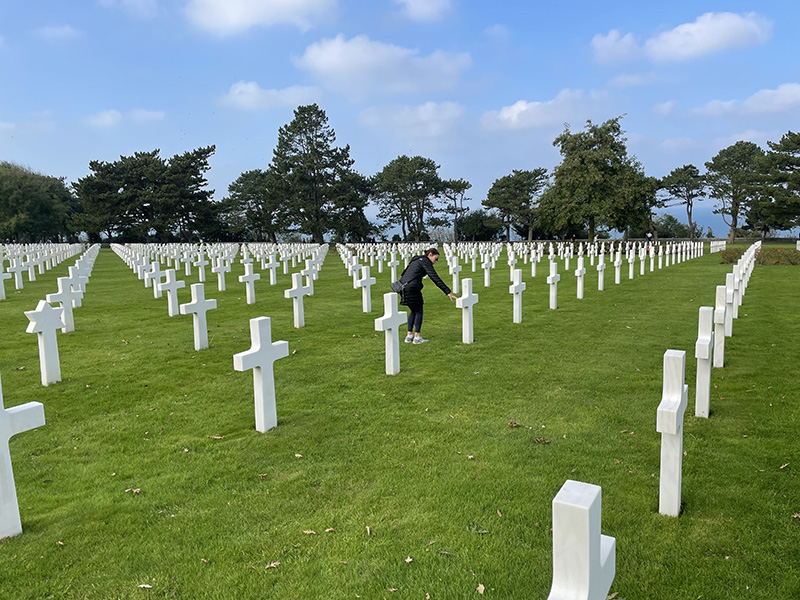 Thousands of miles away, in the Pacific theater, a young enlisted sailor by the name of Harold Lindus was serving on Guam in anticipation of an invasion of the Japanese mainland. On Guadalcanal, my Uncle Johnny dodged bullets and death only to return home in 1946 never to talk about the horrors that he had witnessed.

Maybe one day we will live in a world where armies are not necessary for the security of civilian populations. Maybe someday, but until then let us live with genuine thankfulness for those who put on soldier’s boots that we might stay at home and live in freedom.