Not an uncommon piece of internal conversation I have that is never ever to be available for an outside audience. But it is, none the less, a fairly regular piece of ticker tape that floats across my frontal lobe. I mean really, “How can you miss a three-foot putt that bad? I’m such an idiot.” Or, really, what made me think that, “And they said it would never last,” would be a funny line to say to a middle-aged couple six months into their third marriage. “I’m an idiot” is my internal fallback self-evaluation. Ugh!!

It is never good when (in the spirit of my beloved Mariners) my mouth goes to the batter’s box while my brain remains in the “on deck” circle. It is nothing short of a gift from God and a blessing for “thy Kingdom come” that I only say every fifth great thing I think of. You’re with me on that one, right? So, in advance, I want to thank you for your grace. Yet, no one beats me up emotionally more than I beat me up… “I’m such an idiot.”

But there is good news…

“Then Peter, filled with the Holy Spirit, said to them: ‘Rulers and elders of the people!

If we are being called to account today for an act of kindness shown to a cripple and are asked how he was healed then know this, you and all the people of Israel: It is by the name of Jesus Christ of Nazareth, whom you crucified but whom God raised from the dead, that this man stands before you healed.

Salvation is found in no one else for there is no other name under heaven given to all people by which we must be saved.’

When they saw the courage of Peter and John and realized they were unschooled, ordinary men, they were astonished and took note that these men were with Jesus.” Acts 4:8-10, 12-13

The word “ordinary” in Greek is “idiotai.” To be an idiot is to be an ordinary person! Isn’t that amazing? Nothing wrong with being ordinary; I’ve made a life out of it.

Filled with the Holy Spirit, Peter and John, two very ordinary men, leave the learned Temple authorities and theologians of the day flummoxed for a response. The best these professionals could do in response to the charge that they had crucified Jesus whom God then raised from the dead, was to instruct them to stop talking about it. Awesome. A great day for the idiots. Yay team Christian!

You can see the lesson, can’t you? Ordinary is not pejorative. Ordinary, inspired by the Holy Spirit, can bear witness to a story, a truth, that can stand before any authority.

Okay, all you fellow idiotai! Quit apologizing or making excuses for being too ordinary to be a witness for Jesus. Have courage and tell the story of your church’s love of Jesus and the diﬀerence we are making in the world. Use words if you have to.

Now, if I can just find a way to slow down that ticker tape screaming across my frontal lobe when I gack up a short putt. Be at peace, God loves us common folk. We can do some pretty uncommon things. 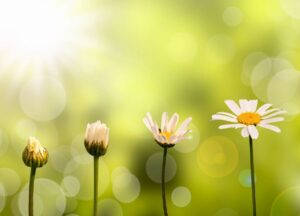