Twenty-Fifth Anniversary in Our Sanctuary

Twenty-five years ago, we were preparing for our first worship service in our newly built sanctuary. We had been planning, fundraising, and laboring for years in anticipation of this day. In August of that year my parents would be celebrating their 45th wedding anniversary. My siblings and I decided to honor them by engaging local potter Pete Wolff to create a large baptismal bowl to adorn the sanctuary. My parents were touched. “Better than a tie,” my dad said. In October they traveled from DeKalb, Illinois to join the Trinity family in the dedication of our worship space. It would be my father’s final visit and my parent’s last anniversary.

Harold Lindus was 69 years old and recently retired as we teed off on the first hole of Useless Bay Country Club on that October day in 1996. My father taught me how to golf at a public 9-hole course in the summer of 1969. As the decades passed, we played hundreds of rounds together. He had followed me at tournaments and taken me with him to legendary Chicago country clubs to play with his clients. His blue eyes, weathered Norwegian features, and strong forearms made him quite imposing on the golf course. He dreamed that I would have a life in golf or business.

We were 250 yards down the fairway that day when my father leaned over and began to vomit. I ran to his side. He was fine he said; he told me that he had not been feeling well. He completed the round with a par on the difficult 18th hole. Later that night I made him promise that, as soon as he returned back home to Illinois, he would make a doctor’s appointment. The painful journey to death had already begun; pancreatic cancer would take his life just three months later.

I have baptized hundreds of babies, children, and adults over the past 25 years in that baptismal bowl. Two of my grandsons were baptized there, unaware that the clay bowl honored the marriage of their great-grandparents. On many Sundays, I playfully touch those waters and disperse wet baptismal blessings on faithful worshippers who bravely sit on the center aisle. I touch those waters, I take my place by the little Jordan River and distribute bread and wine; I stand with confirmands, college students, and traveling pilgrims as we send them out into the world.

The bowl: simple clay in the hands of a potter, it took on shape and life, it honors God and the marriage of two departed lovers. The bowl: a working piece of art, it has served faithfully now 25 years after its mostly forgotten dedication. The sanctuary of Trinity Church; 25 years of laughter and tears, 25 years of joy and sorrow, 25 years of choir anthems and concerts, 25 years of Christmas candlelight services and Easter celebrations. For 25 years there has been a steady parade of sinners coming to the waters, there to bathe in grace. 25 years of funerals and weddings, 25 years of small miracles and life-changing encounters.

On October 24th we will be marking our 25th anniversary in the sanctuary with inspired worship, a grand party, historical photos, uplifting music, and a festive coffee hour. I would encourage you to make every pandemic effort to come out that Sunday. We are here because others were here before us. We stand on the backs of dear saints now departed; let us join hands and hearts and move boldly into a Gospel future. 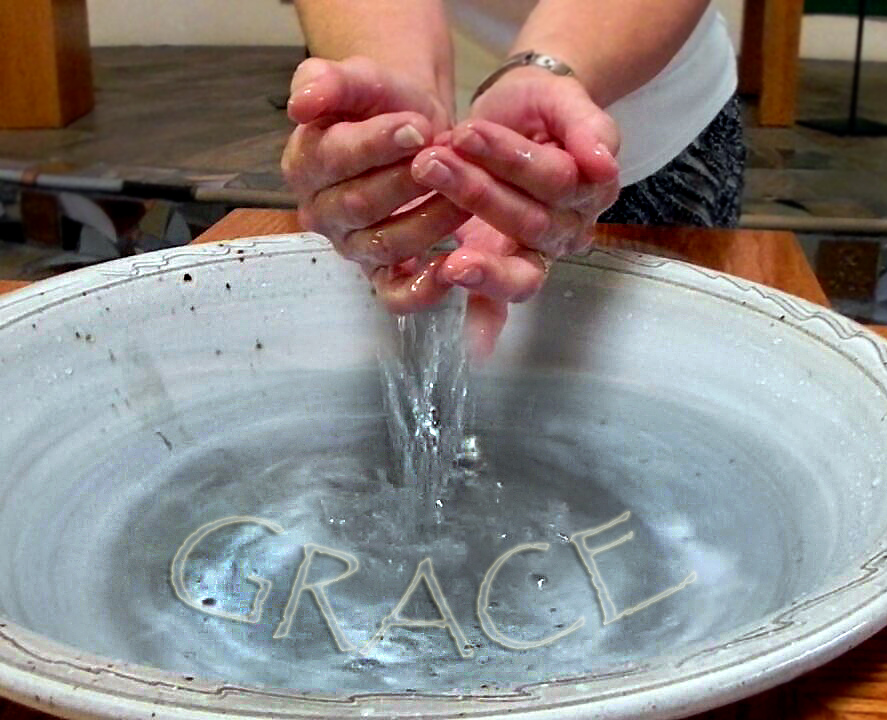