In the beginning, God created the heavens and the earth. Genesis 1:1

Then God said, “Let us make humans in our image, after our likeness. And let them have dominion over the fish of the sea and over the birds of the heavens and over the livestock and over all the earth and over every creeping thing that creeps on the earth.” Genesis 1:26

Be such a one, and live such a life, that if every person were such as you, and every life a life like yours, this earth would be God’s Paradise. Phillips Brooks, 1835 – 1893

We have probed the earth, excavated it, burned it, ripped things from it, buried things in it…. That does not fit my definition of a good tenant. If we were here on a month-to-month basis, we would have been evicted long ago. Rose Elizabeth Bird

For God so loved the world, that he gave his only Son, that whoever believes in him should not perish but have eternal life. For God did not send his Son into the world to condemn the world, but in order that the world might be saved through him. John 3:16-17

Last Thursday, April 22, was Earth Day! In the midst of all our current situations, it went somewhat un-celebrated this year. Not by all, but it didn’t receive the attention it did last year, on its 50th anniversary! But, still, it was there.

Studying music as an undergraduate, Shirley received a degree in the classics and in French. When she married a Presbyterian minister, she started writing hymn texts to help convey the messages her husband, Rev. John, was trying to communicate to his flock. Context makes demands of all writers, including a hymn writer.

So… being in New Zealand, and in the mid 20th century, many of the old tunes and lyrics just didn’t serve the community as well as they could. The context of a Southern Hemisphere country with a thriving Maori culture meant that hymns with old English terms and descriptions of snowy Christmas birth scenes didn’t match the reality of their lives. Shirley, like a good writer, set out to write what she knew.

She liked to say “I am, in knitting parlance, a plain rather than purl sort of writer. I like language with crunch and bite that gives a jolt of reality.” She was fond of using short words with sometimes jarring effect—a technique that got people’s attention, and made them (us) think. Not liking sentimental and obsolete terms and expressions, she dove into the language that helped express her desire to connect Jesus’ incarnation—his human existence—with challenging human situations, creation care and marginalized people throughout the world.

Touch the Earth Lightly, (ELW 739) written in 1991, is written about human stewardship of creation. It draws on Genesis 9:7–17, the passage where God establishes a covenant with Noah following the flood:
This is the sign of the covenant that I make between me and you and every living creature that is with you, for all future generations: I have set my bow in the clouds, and it shall be a sign of the covenant between me and the earth. When I bring clouds over the earth and the bow is seen in the clouds, I will remember my covenant that is between me and you and every living creature of all flesh…

The hymn is in ¾ time, the meter that waltzes are written in. (I chose to record this at a little slower pace, to subdue the waltz feel a little. Think it a little faster and dance along!) As I was researching hymns about creation, there were a surprising number of them written in three—is there something in creation that loves a waltz?

Anyway, there are four stanzas, with stanza 2 played in a minor key (suggested by the original hymn tune writer) to better express the challenging, confessional nature of the text. Stanzas 3 and 4 describe the wonders of creation and prays that God would reconnect us to creation and make us one.

In recognition for her service as a writer of hymns (nearly 200 published), the New Zealand government honored her as a Member of the New Zealand Order of Merit on the Queen’s birthday on June 3, 2001. The next time you see a rainbow, remember this hymn of creation care, and our Kiwi kin!

Click HERE to listen to my version of Shirley’s hymn. 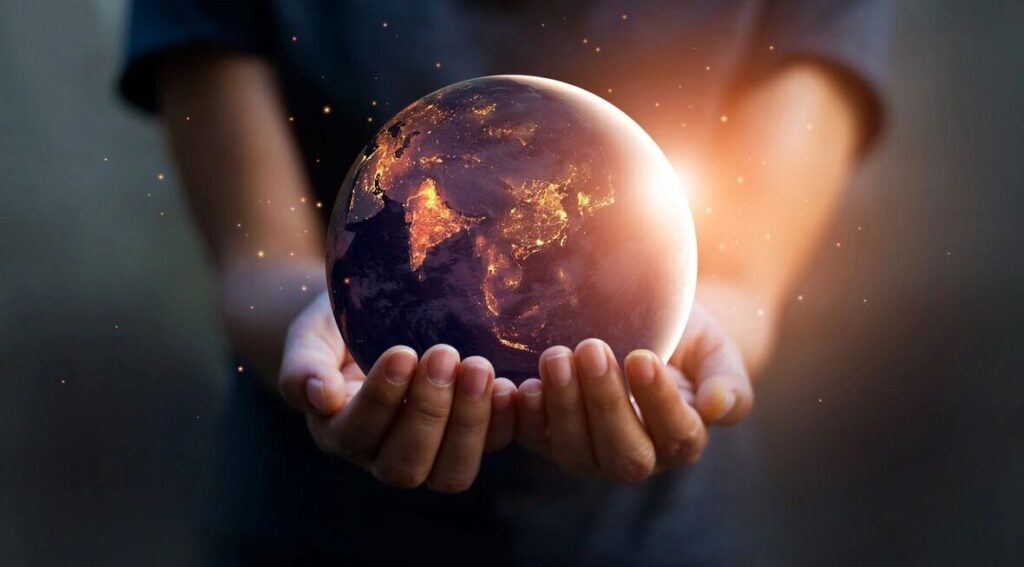