The Spirituality of Craft

It’s Labor Day. I am laboring on Labor Day. Looking out over Lake Chelan at the masses enjoying the fruits of our last summer holiday, I sit at the computer typing my little fingers off. I’m a laborer. On Labor Day. Now in the interest of full disclosure this is really not such a hard labor. You probably already had come to the same conclusion. And lest you think I am whining at the notion that this is just another onerous pastoral responsibility, please set aside such thoughts. The celebration of this day affords me the opportunity to write about one of my favorite topics, the spirituality of craft.

Most of us have at least some passing knowledge regarding our nation’s less than stellar history regarding the labor movement, the creation of child labor laws, and the establishment of laws protecting the right of laborers to organize. Labor Day became an official national holiday in 1894. Historians have chronicled well our national labor movement history.

My thoughts are elsewhere. Many years ago, a men’s group I was a part of read a book edited by D.M. Dooling, “A Way of Working: The Spiritual Dimension of Craft.” These were men who, for the most part, in the world of business would be counted among the very successful. These were guys who could read a P & L statement with full understanding of both historical accomplishments as well as future implications. They operated with comfort in a financial world to which I had absolutely no points of reference to even participate in a conversation.

Until the day I challenged them to consider their “work world” as spiritual craft.

“Whaaa…” was a pretty typical response. Many of these fine men made decisions that could affect the livelihood of hundreds of employees. In my estimation they did so with a meaningful sense of empathy and regard for the future of those who labored on their behalf. Yet, none of them had ever considered their own work in the context of spiritual craft.

If we travel back 1,000 years, almost all labor, other than agriculture, was done for the church. A laborer would typically be a member of a guild working with a specific medium: stone, wood, fabric, leather, paint, etc. Our altar guild is a beautiful example of a holdover from a day long gone by. In the ancient world communities of laborers would exist alongside cathedrals and basilicas during their construction for generations. Work was understood as holy because it was being done to the glory of God.

We have a contemporary example in Barcelona, Spain. In 1882 ground was broken for Sagrada Familia. In 2010 Pope Benedict consecrated the church as a minor basilica. Designed by the Spanish architect Antoni Gaudi, construction on this cathedral has, other than for the 1936 Spanish civil war, been continuous for 139 years. Guild laborers have for generations labored to the glory of God. This church is at least ten years away from completion.

I can think of few examples of even the most faithful people who would hold to the notion of their labor as spiritual craft. Jobs are something that pays the bills, something to be endured until retirement, a means to a pension, etc. But what would it look like if we each viewed our labor as holy, something we did each day to the glory of God? What if “work,” in and of itself, was instinctively understood as holy? Maybe that’s just a silly thousand-year-old antiquated notion, yet as a pastor I have known far too many who put in the 40 years of labor so they could be “happy” in their retirement only to lose it to illness, death, divorce, whatever. I believe there is a blessing to be had along the way.

Okay, that’s my Labor Day muse on the spirituality of craft. If interested, pick up Dooling’s book. If this was a “chore” to get through, a lot of “work” for nothing, be at peace. That’s how the Kingdom comes, one day at a time. That’s regardless of whether all those water skiers and fancy boat drivers out there know it or not.

Do it to the glory of God.
Pastor Tom 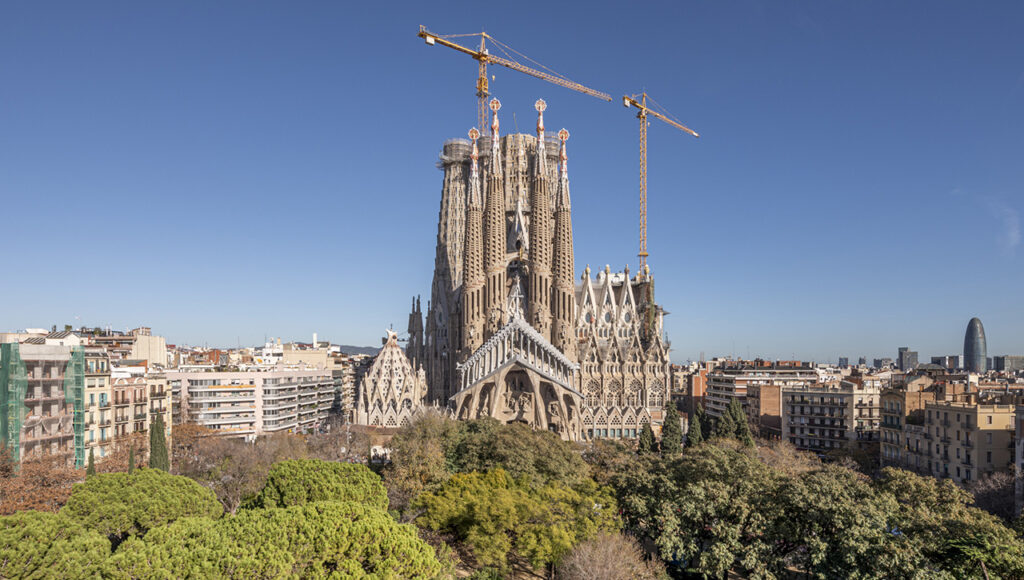