It’s amazing how many timers and clocks we have in our lives. This past weekend when we “fell back,” I’m sure I set nearly 10 different devices around our house, from thermostats to light timers, to clocks. All in the effort to avoid the ever-increasing “dark” in this season.

As I was talking with Bill Anderson after church the next morning, I asked if he’d managed to change all the church light timers, something he’s done for many years. Yes, was the answer, and he gave the disclaimer that the timers may still seem off for a while, as we lose nearly five minutes of light every day at this time of year, somewhat less a bit later on. I have noticed that detail for a long time, but never asked why.

Which led me to ask why—to avoid plagiarism, I’ll just give little snippets of info from various sources and say “the internet” says the rate of time change in the fall is greatest about now. It gradually lessens until we reach the winter solstice in December.

In elementary school, we learned that the earth is tilted on its axis at 23.5 degrees. And as we roll around the sun, depending on how far you are from the equator, your daylight changes different amounts and at greater or lesser rates of speed. Apparently, if you plot the number of hours of daylight during the year and the rate of change, it looks almost like a sine function. Trigonometry, you know. Not one of my strong suits. At that point, I decided to leave the rest to more acute scientific minds than mine.

Now, it is well known that subjectively, time passes faster as we age. Not the clock, just how we perceive it. One professor, Adrian Bejan, thinks that our neural signal processing becomes more complex as we age and the rate of transfer slows down over the years, so as we look at the passage of events, they just don’t get through the brain as fast any more—they just don’t compute… not right away, anyway! This guy also says we may have a little garbage on our nerves from our past experiences that make the current input move a little slower! That can’t be true, can it?

But I digress. Back to the dark. There’s a lot of it these days. Lots of folks don’t like it much… but in the Genesis story, it says that God created light and called it Day, and God called the darkness Night. No mention of the light being “good” or the darkness “bad.” There is so much that is necessary and so much good in the dark. And as the old saying goes, dark is God’s creation, and God don’t create no junk!

Deb and I spent some time with friends in Nome, Alaska. Just below the Arctic circle, we were there in Nome once in the late spring, heading toward the summer solstice. It was quite amazing to see the sun go down for only about two or three hours each day, and even then, just below the horizon, so the light never actually left, it just dimmed. I rather missed the actual dark!

In our culture, and many cultures, darkness has often been associated with bad things, and there can be scary things in the dark… just not the dark itself! Bret Hesla, composer of the song we sing at TLC, A Dazzling Bouquet, in 1994 said of another song he wrote, Softly, Softly the Evening Falls,
“We need to stop demonizing the dark. In too many of our songs and language we use the worn-out metaphors of ‘day is good and night is bad’, or ‘God is light, evil is dark’ etc.” Later he said “I suppose I shouldn’t be surprised that it’s still so true. I wrote this song to celebrate the sacred goodness of the dark, and the healing that happens in the night.”

In this song, which can be found in the book Global Songs, Local Voices, Bret uses many images that bring awareness to the beauty and wonder of the night. He uses some original music and lots of fragments of a favorite old Norwegian folk tune—from a place where they know a little something about dark in the winter months!

So, Bill and I have set our timers, and the lights are coming on with the onset of night. God has set a somewhat more awesome timer. As we encounter our darknesses, literal and more figurative, embrace what is good, light a candle or a bonfire and hang on to God’s promise of light, in fact, the Light of the world! 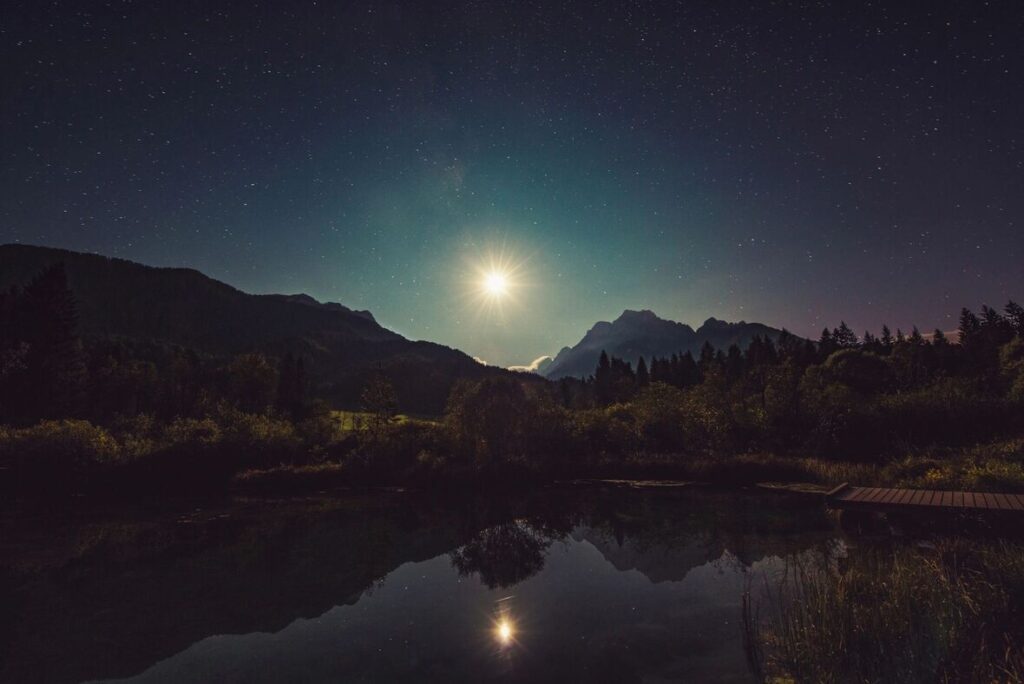