The Art of the Tune

“The art of sewing lyrics with the tune is very interesting….”
Ankit Tiwari, Indian playback singer and songwriter.

Last Sunday we played a song called The Invitation as part of the Prelude music for the church service. If you were paying attention, you might have thought you were hearing a familiar tune. The band has ribbed me for years about stealing Billy Joel’s tune and chords for Piano Man. Well, I don’t think I did, really (it only lasts for the first part of the refrain), but I must have had it in the back of my mind when I wrote the song, because now when I play it, it rings in my ears and I have to work to make sure it doesn’t sound like it! Thanks, Billy.

That’s kind of how tunes work. Some tunes register with you and come to rest in your ear and mind. Often called “earworms,” they are sometimes strong references to the lyrics that you identify with that tune. Hard to get out of your mind! That got me to thinking about other tunes we use in church. Your earworm for today is called KINGSFOLD. You probably recognize the tune, but not the name. 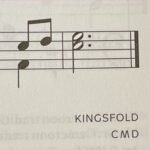 On the lower right, below every hymn in our ELW hymnal (that red book in the pews that we seldom open anymore!), is printed the hymn tune. Usually there’s a tune name, and sometimes some numbers or letters indicating meter. Way in the back of the hymnal, on page 1199, is the Metrical Index of Tunes, a veritable wealth of information! (Disclaimer—do not turn to this page during the Sermon or Special Music during the service. It’s bound to lead you to distraction!) 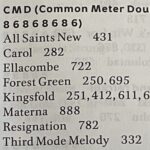 If you look up the name or meter of the tune in the index, you will find all the hymns listed in the hymnal that use that same tune (I’m not the only one!), but also that have the same meter but different tunes. Then you can mix and match the lyrics and the tunes, if that seems fun to you! Sometimes the lyrics match up well, and other times the poetic foot of the lyric doesn’t sync well, and it’s like dancing with one short leg… just a little off-balance the whole time.

Back to KINGSFOLD. Thought to date to the Middle Ages, KINGSFOLD is a folk tune in a minor key, usually listed as Irish. The tune was published in a songbook in 1893. After hearing the tune in Kingsfold, Sussex, England (thus its name), Ralph Vaughan Williams introduced it as a hymn tune in The English Hymnal in 1906 as a setting for the hymn I Heard the Voice of Jesus Say. He didn’t write the tune or the lyrics—just sewed them together.

Lyrics and hymn tunes are often swapped and used in other settings. KINGSFOLD was known for years and called “Lazarus” because it had been used with lyrics about the parable of Lazarus and the rich man. It was modified to become the tune STAR OF COUNTY DOWN, which we know as our hymn Canticle of the Turning (ELW 723). It was also used for the song Crooked Jack, and The Fighting 69th, and the song The Year Turns Round Again featured in the movie War Horse. See the links below!

If that’s not enough, KINGSFOLD has supported various hymn texts including the Quaker hymn When Jesus Walked Upon This Earth and, in 1980, the Mormon hymn If You Could Hie to Kolob, when its first tune was deemed too difficult for congregations to sing.

Now, here is one verse from each of the four texts in our hymnal set to this fine, sturdy, ear-worm of a tune, designed to speak to us reminding of God’s promise to be present with us through and beyond these days, this time and any dark days. Click HERE to listen.

If you want to dive further into hymns and lyrics—some do! —check out www.hymnary.org. A great resource! 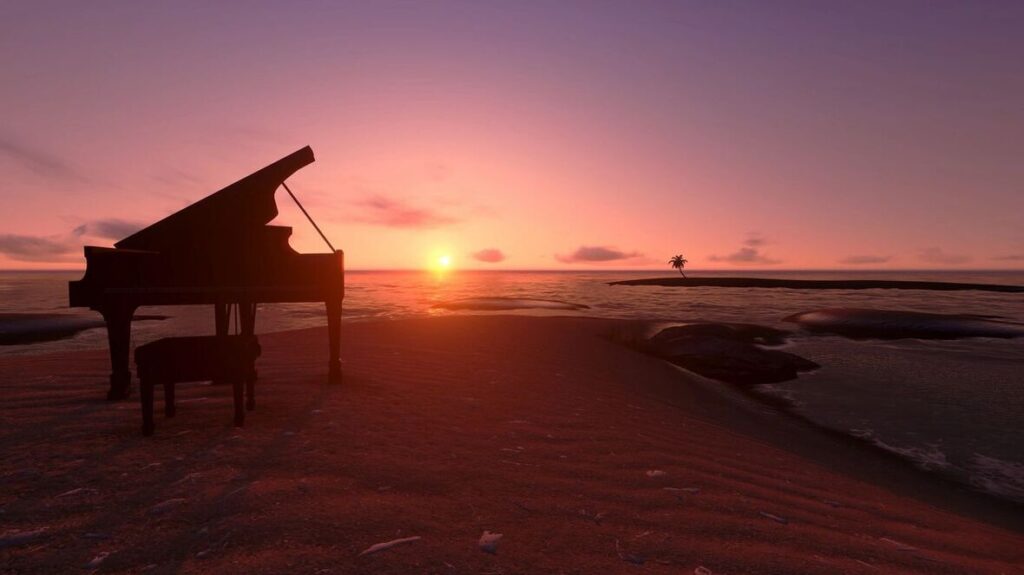