Take Every Opportunity to Love

The pandemic has loosened its grip just as the world has unraveled once again around us. Many of us are feeling stressed, depressed, and somewhat helpless as Putin’s war in Ukraine drags on. The images that fill the airwaves are heartbreaking; the lives of ordinary peace-loving civilians have been shattered. Refugees flee — leaving behind all that they have worked for, their homes, and their homeland. They journey on, unsure as to what waits for them across foreign borders. There is little that we can do to stop the madness. Evil is real, and the forces of evil are not in our control.

There is little that we can do, but if that reality renders us helpless, if we wring our hands and fail to live, if we allow ourselves to be paralyzed by grief and despair, then we are to be pitied. The people of Ukraine fight on. People of faith must do the same, believing that we can make a difference in whatever arena we find ourselves in. We must not give ourselves over to despair. To do so is to wave a white flag at the armies of evil.

TLC has given $55,000 to aid the refugees in Eastern Europe. We have partnered with international relief agencies; our money is already on the ground bringing needed aid to the oppressed. The $55,000 is a drop in the bucket, but it is a flicker of hope to the refugees and it is a sign that we will not be rendered helpless.

The 20th century British author and theologian C.S. Lewis wrote these words in 1948. The words are as relevant today as they were then:

“In other words, do not let us begin by exaggerating the novelty of our situation. Believe me, dear sir or madam, you and all whom you love were already sentenced to death before the atomic bomb was invented: and quite a high percentage of us were going to die in unpleasant ways. We had, indeed, one very great advantage over our ancestors—anesthetics; but we have that still. It is perfectly ridiculous to go about whimpering and drawing long faces because the scientists have added one more chance of painful and premature death to a world which already bristled with such chances and in which death itself was not a chance at all, but a certainty.

“This is the first point to be made: and the first action to be taken is to pull ourselves together. If we are all going to be destroyed by an atomic bomb, let that bomb when it comes find us doing sensible and human things—praying, working, teaching, reading, listening to music, bathing the children, playing tennis, chatting to our friends over a pint and a game of darts—not huddled together like frightened sheep and thinking about bombs. They may break our bodies (a microbe can do that) but they need not dominate our minds.”

We only have one shot at this, we will never pass this way again. May God give us courage and strength; may we put fear and despair in their place and take every opportunity to love. 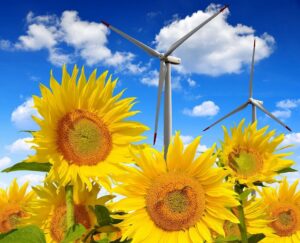