“He’s at a loss for words!” giggled my sister. It was true. I was so stunned by the moment I was left without a single word. Admittedly, it doesn’t happen much, but the sudden appearance of friends wishing me a happy birthday had left me speechless. We all have those moments where words escape us.

Sometimes being left speechless can be because of inescapable beauty. For almost 40 years of my parish life, I was involved with the Wilderness Ranch. Situated on the eastern slope of the Alberta Rockies in the midst of Crown Forestry Land, this isolated piece of land was the site of a dramatic outdoor ministry. Putting a kid (or an adult) on a horse and riding them up into some of the most breathtaking country imaginable can make for a recipe that can leave a person speechless.

I found that as my years advanced the distance between the ground and my stirrup appeared to be growing. What was that about? The joke was that Pr. Tom was always looking for a loading dock to assist with the whole returning to the saddle process (a tree stump can serve as a loading dock). Somehow a laugh at the pastor’s expense was always the best kind of ranch humor. Just another opportunity for me to practice grace and humility (my second strongest gift).

Anyway, as much as I am grateful for my life at the Wilderness Ranch, riding a horse is not my favorite memory. Leaning over the rump of a horse early in the morning with a cup of coffee is. I would rise early, make a pot of coffee, and wander down to the corral where the horses had already begun to drift in. There were certain animals that appreciated an ear or belly rub, and in exchange they would tolerate me drinking my coffee as I leaned over their rumps. With steam rising from the animals, in the silence of the moment, it was a vantage place from which I could take in the whole meadow replete with muley deer at salt licks and red tail hawks screeching from the ridge. The memory leaves me with a spirit of serenity that I struggle to find words for.

There is also a mirror opposite that is equally capable of leaving me speechless. It is a flashback to past failure. An inappropriate word spoken, a selfish act from the past, are all capable of sending a chill down my back and leaving me momentarily stuck in a very painful memory. I am assuming you know this experience as well.

I liken it to a shank. In golf a shank is absolutely the worst. You don’t have to play the game, but if you saw it happen you would immediately be able to identify it. The ball hits the hosel of the club and shoots off at a 45-degree angle. It is like a disease from which other golfers will avert their eyes lest they become contaminated. When it shows up the infected player fears it will linger forever, or at least through the next swing. It can trigger the purging reflex. It is, quite simply, the absolute worst. When it happens, words escape the player (me!).

So, where’s the Gospel? Where’s the Good News for a difficult memory? What are the good words?

C. S. Lewis once penned, “If Satan cannot bind us by our sin, he will bind us by the effect of our sin.” Truer words have never been spoken. As people of faith, we know we are forgiven; we know our sins will never be held against us, God has (past tense) gifted us in Jesus with the Kingdom. The next best option for Satan is to keep us small, bound by guilt, which will make us ineffective for communicating God’s love for all people. Even though forgiven, if we get stuck in a painful memory it is like a shank. Paralysis sets in, life gets small, and the purging reflex is typically not far away. We want to quit.

Be boldly forgiven! That’s my mantra. Am I cavalier about sin? Not in the least, but as Luther once wrote, “If thou would sin, sin boldly, that the grace of God may abound even more boldly still.” Grace wins. Light wins. Jesus wins. A shank does not have the last word. I think that when the dark shanky memories show up we are not to be left speechless. Look those memories square in the face and say, “You lose; Jesus wins!” And then move on.
Okay, now that life is sorted out, I’ve got to figure out a golf swing.
Prayers appreciated. 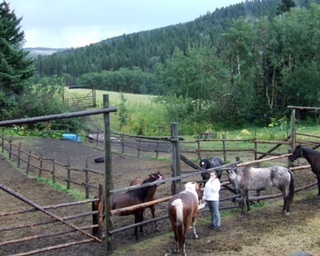