When an English professor, poet and writer finished spring classes at Wellesley College in Massachusetts in 1893, she headed west on a train, seeing sights including the Columbian Exposition in Chicago, the plains of Kansas and the Rocky Mountains in Colorado. Katharine Lee Bates was recovering from a period of suicidal depression, and took a break to visit Pike’s Peak while teaching a summer class at Colorado College.

The brand-new railway to the top of Pike’s Peak had broken down (you know, technology!), so her little group hired a prairie wagon, and then hiked the final distance the horses and wagon were unable to scale. Seeing the view of the Rockies from Pike’s Peak, Bates recalls, “It was then and there, as I was looking out over the sea-like expanse of fertile country spreading away so far under those ample skies, that the opening lines of the hymn floated into my mind. When we left Colorado Springs the four stanzas were penciled in my notebook…”

The lyrics to Pike’s Peak stayed hidden in her notebook until she rediscovered them and sent them to the magazine The Congregationalist, where they first appeared in print July 4, 1895. The lyrics (not quite what we know today) were a hit and several tunes were written for them. Surprised by its popularity, in 1904 she rewrote it, “trying to make the phraseology more simple and direct.” She added the word “beautiful” to a stanza, and the title we now know came to be!

The tune from Samuel Ward’s hymn Materna became the favorite melody, and remains the one we sing almost exclusively today. Bates commented “that the hymn has gained…such a hold…is clearly due to the fact that Americans are at heart idealists, with a fundamental faith in human brotherhood.”

Growing up, Bates’ father died when she was very young and her mother raised four children, relying on the community around her. She said her community of Falmouth “practiced a kind of neighborly socialism,” everyone looking out for one another. She acquired a life-long interest in equity and the common good.

With the exception of that one summer in Colorado, Bates remained in Massachusetts, teaching English at Wellesley for 45 years. She lived with her life partner and activist Katharine Coman, and the two were very active in social reform activities, working on labor issues and immigrant settlement rights

She appreciated all the wonders that had been wrought in this land—“thine alabaster cities”—and its natural beauty, always recognizing the gifts and trials of the first people here, the perils of thoughtless consumption and growth, and the need to always be humble in our quest for the future. A podcast about Bates notes that America the Beautiful is not a national song in the triumphalist sense, but rather an aspirational hymn, celebrating the struggles of the past while asking God to “mend [our] every flaw” and “confirm [our] soul in self-control,” as we strive to live up to our lofty ideals of equality and our unfinished promise of freedom for all. We’ll carry on, with God’s grace.

Click Here to listen to an attempt to render this poem using four different tunes (as they did when the poem first appeared). One, Samuel Ward’s hymn tune, one in a different meter (in three…), one in a minor key, and one in yet another, different, major key. I promise, I’ll never ask you to sing it like this in church! 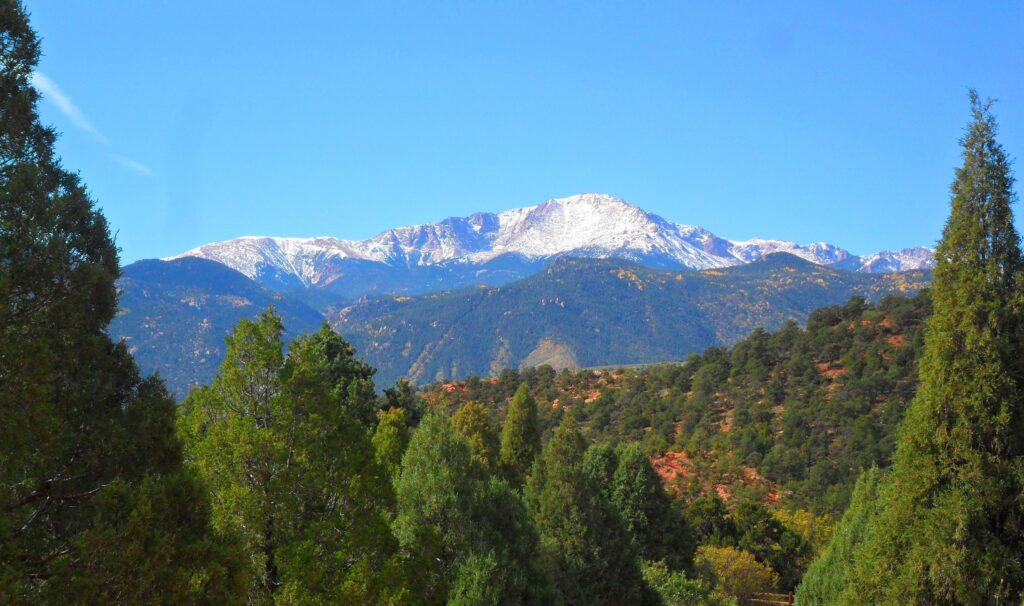