Have you ever been lost? Or maybe even just misplaced – like you know where you should be, but you’re not quite sure how to get there? It’s really not a good feeling.

When we came home late last Saturday night, we headed out to feed the animals in the dark. My daughter was walking toward the goat field while I wandered toward the pig shed. As my light swept across the gravel driveway I called out, “Oh! Pig!” My 13-year-old called out in a very teenager-ish tone (I’m sure you can imagine) “Yeah, Mom, we have pigs!” All my scattered brain could think to call back was, “No! Pig! Here!”

You see, one of our young pigs – somewhere around 120 pounds now – had managed to pull a section of the fencing up and squeeze himself right out. They seem to have a magical knack for knowing when the electric fence isn’t working. Luckily, his mother and brother had stayed put in their field.

I’ve heard several horrible (and sometimes hilarious) stories about people trying to round up pigs that had gotten out. A friend told me that while she was at a family Thanksgiving dinner, all of her neighbors had spent the evening corralling her wayward hogs. How embarrassing.

This little guy, however, was nearly panicked with worry, wondering how he had become separated from his family. As soon as he saw me, he came running up with a “help me!” look on his face. I was frantically thinking through the materials that I had on hand and the steps that we might be able to take to chase him back into the field.

Then I looked down and realized that all he wanted was to be back where he belonged. I scratched him behind the ears, and walked to the gate. Amazingly, he followed right behind, and through the gate where he was happily reunited with his family. I fed them all dinner, but he went into the stall to take a nap instead. I think he must have been out for a while before we got home!

We’ve all felt misplaced at times, I’m sure. Sometimes we know where we want to be; at other times, we’re kind of wandering around, waiting for someone or something to tell us where to go.

Good thing there is always someone watching out for us, ready to open the gate and send us home where we belong. 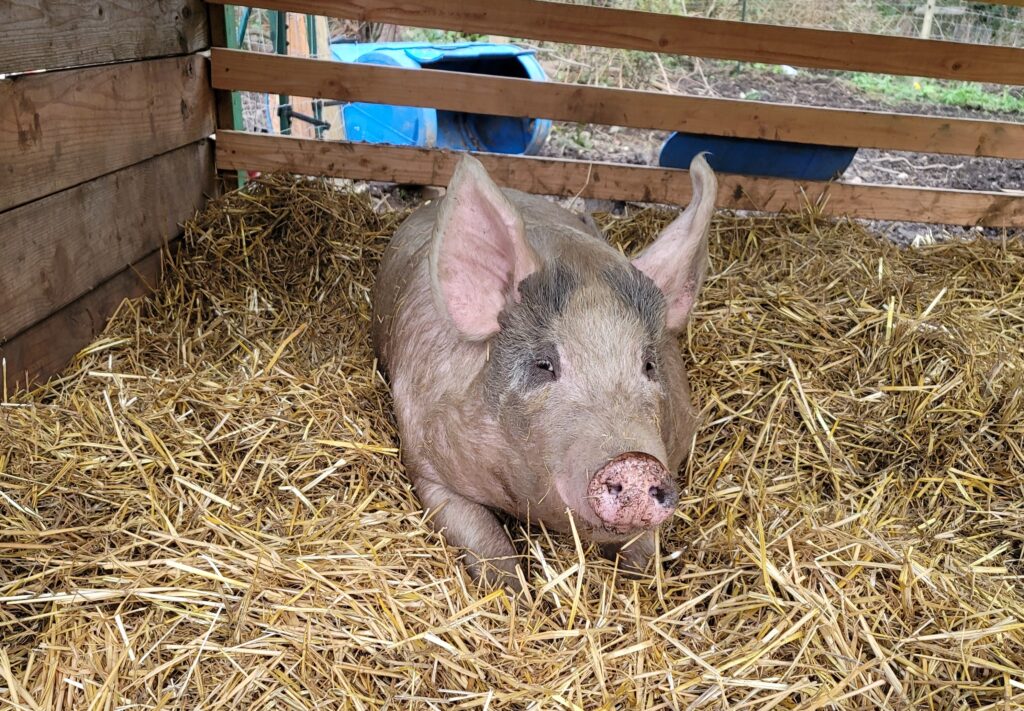