How is Life Preparing Us? And for What? 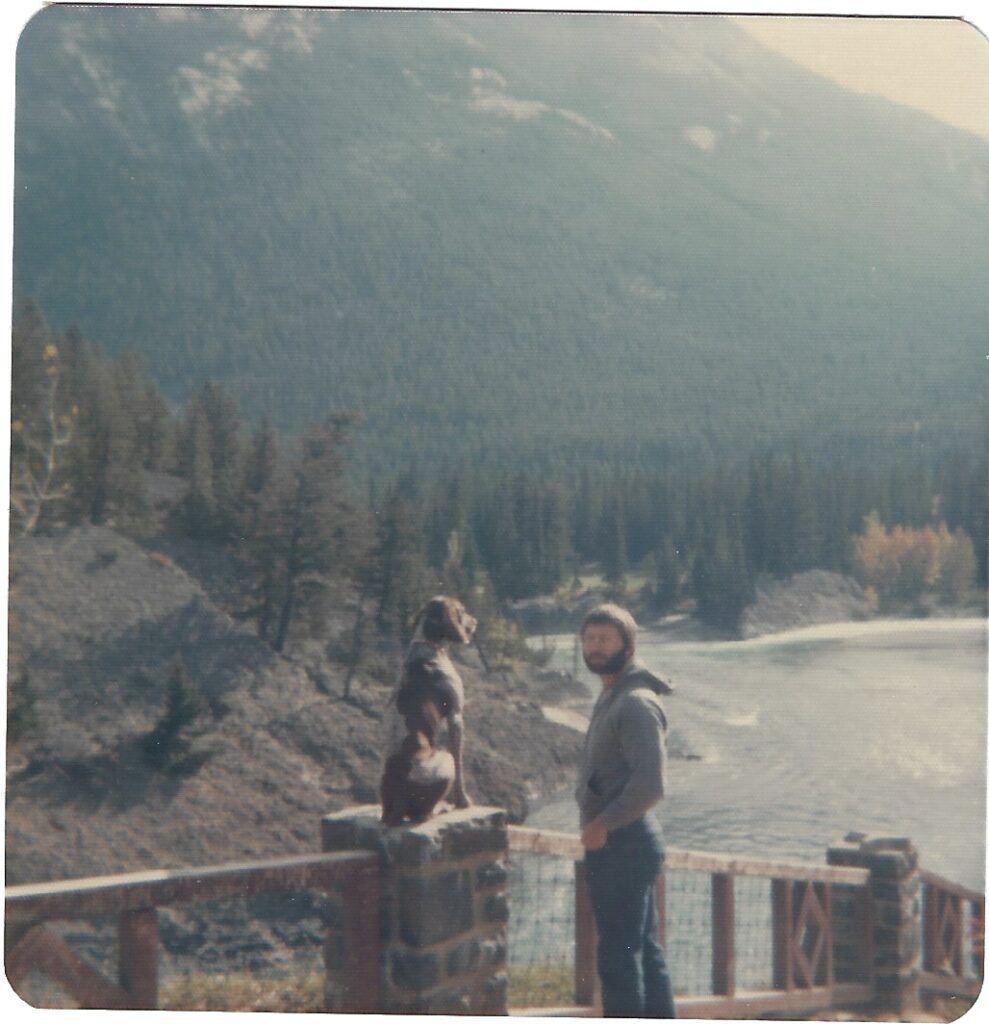 Sir was my German Shorthair Pointer. That was his name, Sir. Sir went to seminary with me (he was the only one who paid attention to me in preaching class); he rode with me in my summer job driving semi-truck around the country; he was the reason Brenda married me, and he raised our three children through their early years. Quite a dog, Sir. I could tell Sir stories ad nauseam. Anyway, I mention Sir because he played a critical role in my learning to weave a spiritual understanding of providence into my life.

It was early February 1974, Dr. Stuhr called me into his office to talk about an internship placement. “I’ve got two options for you.” With a bit of a smirk he said, “One is in Pearl City, Hawaii and the other is a request from the Canadian Synod of the American Lutheran Church to start a mission church in some small Alberta town.” He was already starting to write “Hawaii” on the placement form. I inquired the name of the town. “Strathmore,” he replied, “Strathmore, Alberta.”

Whenever we were driving into a new city, I would stop somewhere outside of the metro area so that Sir could have a run. I had never been in Calgary. It was my last stop of the 1973 summer season before we would return to Seattle, drop off my semi and head back to school, Pacific Lutheran Theological Seminary, Berkeley CA. It would be my last year. Twenty-four miles east of Calgary, there was an ice cream stand on the side of the highway. Sir had his run, and I had my ice cream. As I coached my truck back onto the highway, I noticed the small weather-beaten sign that would forever change my life, “Strathmore, Alberta, pop. 1304.” If not for Sir, I would not have stopped, and in all probability, would have gone to Hawaii (that would not have ended well for me, but that is another story).

I had to tell Dr. Stuhr three times before he would believe me. As much as the idea of Hawaii appealed to me, I told him I was supposed to go to Strathmore, Alberta. I shared with him my “Sir” experience six months prior. He smiled. I think he mumbled something about the Holy Spirit and, six months later, Sir and I drove across the Canadian border with the same sense of finality as if I had stepped off the side of a ship.

I am a firm believer in providence. I do not believe in coincidence. I believe in providence. Providence is God’s timely work that is preparing us for future possibilities. Some might say future eventualities. Think about those moments in your life that were pivotal in shaping your direction. Those moments that clarified your sense of purpose and understanding of self and God. When I look back in my life, there are clear providential moments where the curtain to the Kingdom of God fluttered.

Ecclesiastes 3:11 is, for me, a defining scripture, “He has set eternity in the hearts of people, but they cannot fathom what God has done from beginning to end.” We are created to yearn; God wants us to yearn for that which is beyond us, that can only be satisfied by the Holy Other. We are living in challenging times, no question. God is not absent in pandemics, or wars, or broken relationships, or in the loss of loved ones. The Kingdom of God is consistently present, as evidenced by our yearning for God. The question is not “where is God”, but “how is God using these moments to prepare us providentially for the future?” Yearning can be a holy gift. Yearning can create providential moments in our life that can reshape history for eternity. I am praying that our yearning might, in fact, prove to be a blessing… like stopping at a road-side ice cream stand.

God loves you; we are one day closer to gathering together. Be at peace, the Kingdom of God is close.

Church Services Due to Public Health Precautions for the Covid-19 Pandemic, Sunday Worship Services will be provided online until further notice.