I hope you will join us this Sunday, September 26, for a very special day in the life of our community. We are having a birthday party this coming Sunday for Web Halvorsen. On September 28th, Web will be celebrating his 103rd Birthday. His younger bride, Marion Kolb, will be 102 on January 20th. These kids knew each other as kids. They were enjoying their teenage years together in Lake Geneva, Wisconsin when World War Two disrupted their romance.

In June of 1944, Web would land on the beaches of Normandy as a part of the greatest invasion force in history. Little did he know that his brother was making landfall on another ship. He would fight his way all the way to Germany, sharing roadside coffee with General George Patton, and running into his brother along the way.

Web Halvorsen was born in 1918. The world had embarked on the War to end all wars. If World War One was not enough, the Spanish Flu was killing 50 million people worldwide and 675,000 Americans. In 1918 Congress established Time Zones, Louis B. Mayer arrived in Los Angeles, Woodrow Wilson was in the White House, and a young baseball star, by the name of Babe Ruth, hit 11 home runs for the Boston Red Sox.

Topping the music charts in 1918: “Oh How I Hate to Get Up in the Morning,” Enrico Caruso’s rendition of the George M. Cohan song “Over There,” and Al Jolson, singing “Rock A Bye Your Baby with a Dixie Melody.” Born in 1918: William Holden, Nelson Mandela, Sam Walton, Billy Graham, Leonard Bernstein, Paul Harvey, Betty Ford, and Rin Tin Tin.

A Birthday Celebration on Sunday at Trinity! Come out and help Web and Marion celebrate at the 10:30 service. Bring a card, mail in a card, or drop one off at the office. We will have a special cake for the occasion. 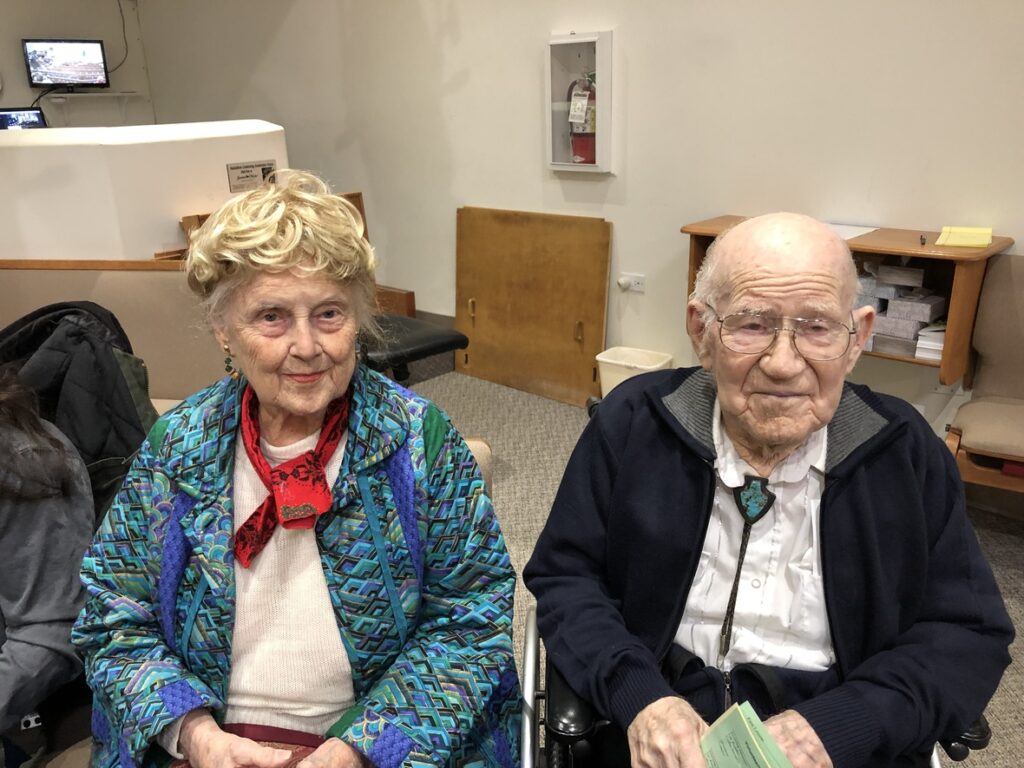