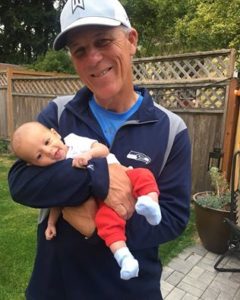 My Grandfather died on All Saints’ Day. Harold Lindus was a Norwegian sharecropper. Even though he worked very hard for 70 years, he never owned property. He was a man of deep faith. With my Grandmother Aline, (and a handful of others), they gave birth to Trinity Lutheran Church in DeKalb, Illinois. In the depths of the depression they stepped out in faith and built a little church.

My Grandmother would die on her birthday. After kissing my Grandpa good morning, she walked back into the bedroom and collapsed. A heart attack had taken her life before she even hit the floor.

Left alone in the twilight of his life my Grandfather entered a very difficult season. He was lonely; his emphysema was worsening. Each breath was labored. His body was failing him, and he could not help but wonder if his God was failing him too. This season of doubt was more painful than his disability. He would watch Christian television shows. People were healed. He was not. He prayed. He sent money. People were healed, and he was not.

He was the last person that Felicia and I visited before heading off to internship at Bethany Lutheran Church on Bainbridge Island. Grandpa Lindus was so proud that we were giving our lives to the church that he loved. He pressed a couple of hundred dollars into my hand and said, “I want to pay for the gas. Be safe.” We walked to the car that day with tears in our eyes.

Ten weeks later, on November 1st, 1984 my Grandfather took his final labored breath and joined my Grandmother on the other side. Felicia and I boarded a plane and headed home to the still small church that my Grandfather had started. We had come home to bury him.

When I was a boy my Grandpa Lindus would take me to Wrigley Field to see the Cubs. My Grandfather was a big Cubs fan. My Father, in his rebellion just to tick my Grandfather off, pulled for the hated St. Louis Cardinals. 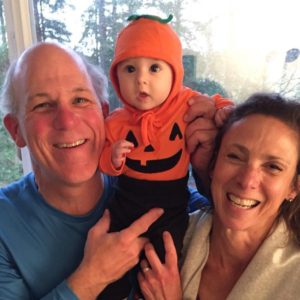 It is All Saints’ Day, and I spent the evening pulling for the Cubs, and playing on the floor with my Grandson Camden. When he was fussy, I held him tight and we paced the house. We came to a mirror in the dining room. I looked in the mirror and I recognized the faces—his and mine. I had become Grandpa Lindus. Twilight was setting in. God is good and the seasons are passing.

I am honored to share the journey with you! 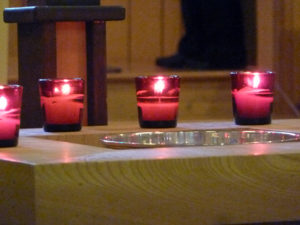 Church Services Due to Public Health Precautions for the Covid-19 Pandemic, Sunday Worship Services will be provided online until further notice.