It was a simple golden band, safely nestled in the palm of my hand, waiting to be placed by a young bride on the ring finger of the man that she had chosen to spend her life with. This simple golden band had been resting silently in a dresser drawer for the past 39 years; telling no stories, no real purpose except to evoke occasional memories when someone happened upon it. It was a family heirloom, unused but not quite forgotten. The bride and groom would walk down the center aisle for the first time this day, but this ring had been down the aisle before.

On October 8, 1934, the simple golden band was flawless and new. It had not yet been weathered by days of labor, sleepless nights, the winds of change, and the decay of the human body. The band was shiny then, and on the inside the jeweler had carefully engraved words of devotion.

I looked down at the ring and begged it to speak: to come to life again, to recall the trials of the Great Depression, the uncertain years of World War 2, the joyful birth stories of children, anxious times when mortgages could not be paid, tearful scenes at graveside.

If that ring could talk, what a story it would have. For 48 years the ring was a symbol of love and commitment, until death parted the elderly lovers in 1982. It was then that the ring was relegated to dark obscurity, never to see the light of day, the carefully engraved letters no longer legible.

The ring now rested in the palm of my hand. The young man who had just exchanged vows was also honoring the love of his great-grandparents, the ring that graced the hand of a man that he had never met. A simple golden band was placed on his finger as the newly married began the journey of life together.

The ring came to life last Saturday, and so did the promise of long forgotten vows and a now faded engraving. It was beautiful and ominous at the same time, “Until death do us part.” 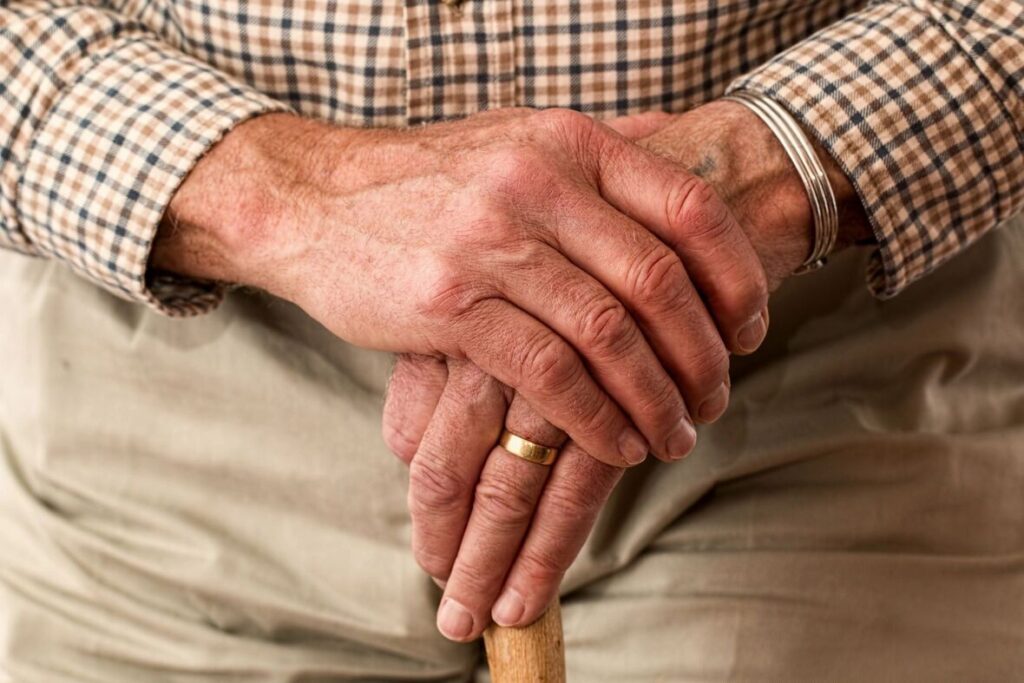